2013 was The Year of Progress – and a progressive year it was. 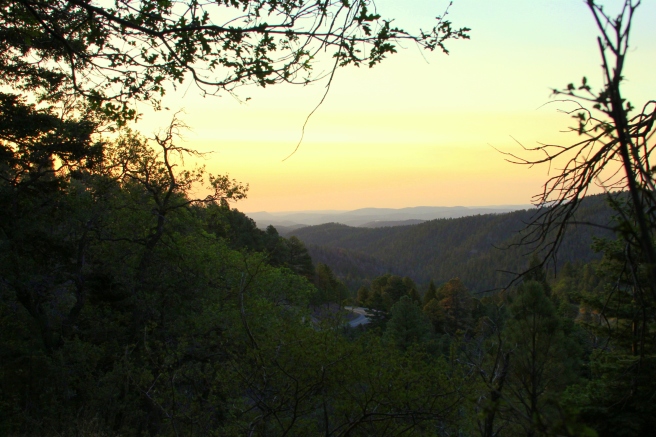 I’ve deemed 2014 The Year of Learning because I sincerely believe that I learn something new everyday.  This year, I want to document this fact.  I’ve got a pretty notebook and colorful pens to keep track of everything I learn throughout the year and I’m excited about it!

I’ve been pretty busy and trying to squeeze in some productivity here and there and just wanted to take a quick moment to make sure ya’ll had seen what I’ve been up to lately!

What have you been up to lately?  Preparing for the new year and relishing in the memories of 2013?

Doomsday Knits has finally arrived!  The digital version, at least, and man oh man is it awesome!

My pattern, Quaintrelle, is in there along with 30 others that are perfect for the apocalypse, before and after. 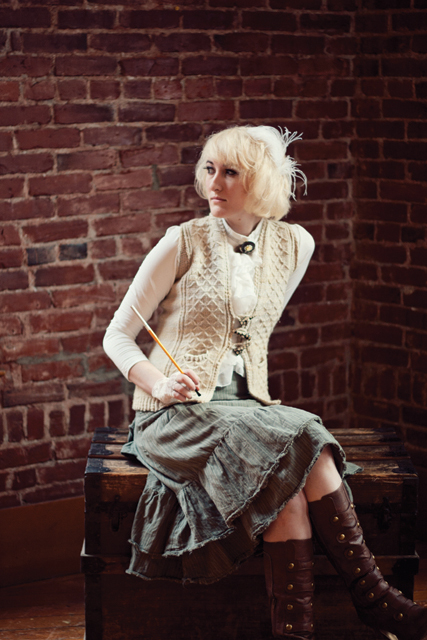 What will your first project from the book be?

This is the twenty-fourth in a series of installments that will highlight one of my favorite brews and which knits to go with it!  None of the breweries or yarn companies are compensating me – these are just my opinions on my personal experiences!

Flavors: Very earthy and, almost creamy.  This beer has a complex flavor profile with a tiny bit of spice at the end.  Plenty of hops but easy enough to drink so that non-IPA fans would also enjoy it.

Knit Pairings: This beer would really highlight that cold-weather knitting you’ve been up to this time of year.  Because it’s brewed in Telluride, CO at an altitude of 8750′ it’ll be a great match for hardy winter wear that’ll last a lifetime but is still pleasurable and simple to knit.

Notes:  I hope you all had a wonderful Holiday and are enjoying plenty of knitting time as well!

This past weekend was a special one – my younger brother graduated from college and the family got together to celebrate!  (Those of you who have been reading the blog for a while might recognize the sweater my Dad is wearing)

I don’t get to see my grandfolks often since we live on opposite sides of the country and the older we get, the more fun we all seem to have together (and we all like beer and giving each other a hard time, what can I say).

I also got to spend some time with some knitting friends and we started the day with mimosas and talk of knitting and life, then hit up a yarn store and got some brews. 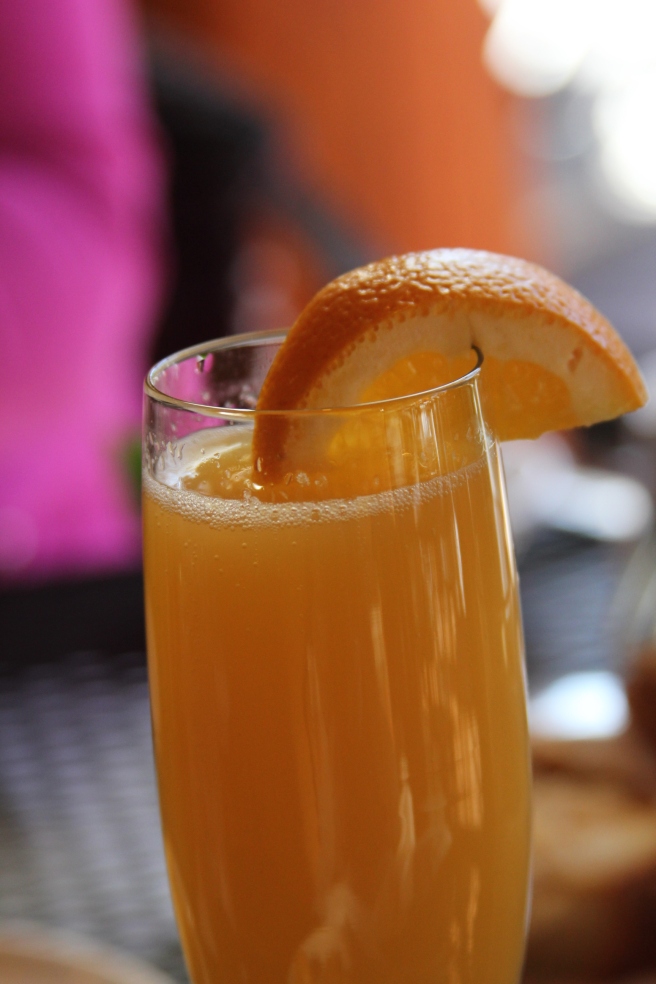 So, although I probably won’t see them for the Big Holiday next week, it was very nice to see some of my family and the travel time was good knitting time too.

Well, not seekrits, just one really.

This particular item is working up quite quickly and I’m totally in love with the way the stitch pattern is coming out in the yarn that would otherwise be difficult to work with.  I wish I could tell you more about it right now, but sadly you’ll have to wait for a little while!

What are you working on this week?  Linking up with Tami as always!

This is the twenty-third in a series of installments that will highlight one of my favorite brews and which knits to go with it!  None of the breweries or yarn companies are compensating me – these are just my opinions on my personal experiences! 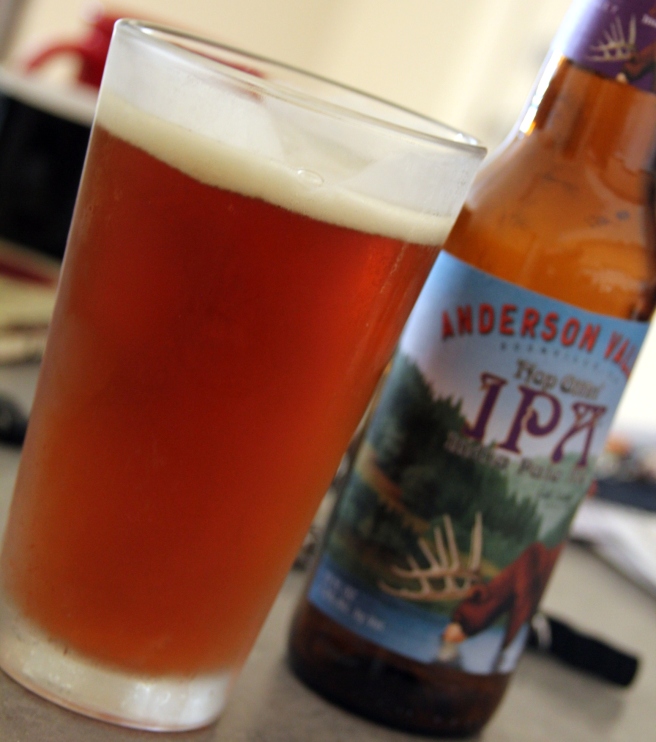 Flavors: Pine-y and assertive, plenty of hoppy bitter and a crisp climax and finish.

Knit Pairings: Statement knitting.  Pick a statement color or a bold design, or both!  This isn’t a wall-flower beer and your knitting shouldn’t blend into the background either.

The biggest holiday of the year (in many circles, at least) is coming up in just 2 weeks and I’m wrapping up what will hopefully (probably….maybe….) be the last gift I knit this season.  Although with two weeks left, there’s a chance that my knitter’s brain will decide that that’s clearly plenty of time to whip up something else, right?

My nephew received a handknit stocking for his 2nd Christmas (he was only a few weeks old for his first, I didn’t stand a chance…and no, I don’t want to hear about how I probably had a few months worth of notice prior to his arrival) and since my niece was born at the beginning of this year, she will get hers for her first go-round. 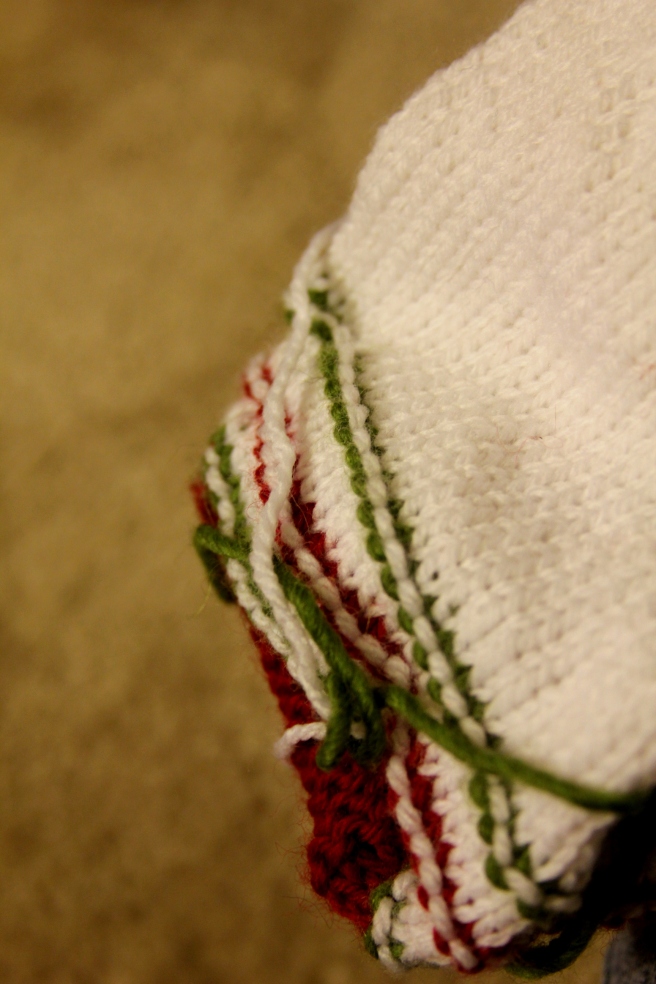 The first stocking for Maddox was knit cuff down and I made up the pattern along the way with plenty of colorwork ending with a pretty sizable finished stocking (more room for little gifts!).

This second stocking for Zaynah was knit from the toe up with a pattern I made up along the way and slightly less colorwork but ended up being pretty big again.

Linking up with Tami as usual!  What are you working on this week?  Are you wrapping up (or starting) anymore holiday gifts?

I love cooking and I also really enjoy baking, but I find myself more drawn to baking in the colder months and although I usually start my baking season in October, this year I got a little bit of a late start (probably the move and all that ruckus…) but I’m making up for lost time!

Two batches of delicious cookies have been baked with a third happening later this week and some apples became a delicious crisp over the weekend.

The crisp is so tasty and super easy to make 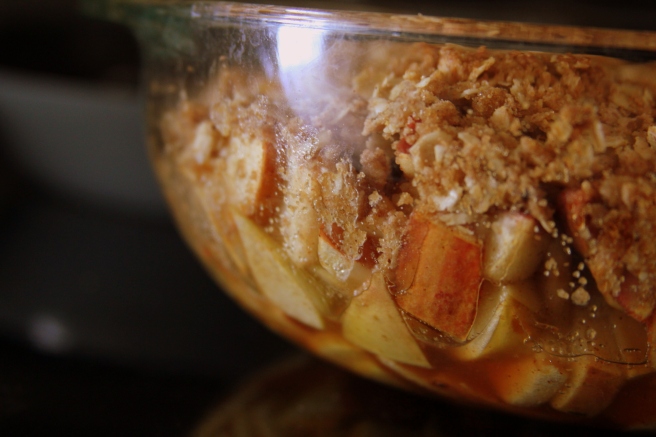 Does the cold weather or holidays bring out your baking side?  What are your holiday traditions?

This version of the Lacy Slouch was very different than my previous versions for quite a few reasons.  I was using a lighter weight yarn and therefor went down a few needle sizes for the brim, then up a bit for the body and I had to increase the number of stitches cast on and the number of pattern repeats accordingly. 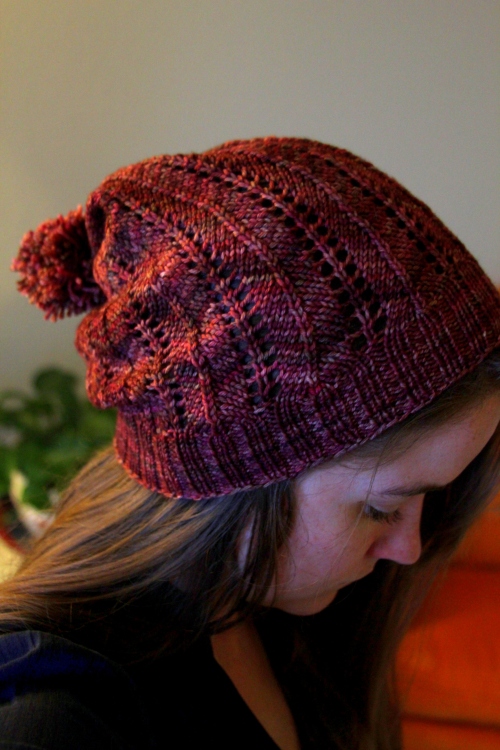 I love how this came out – the color of the Malabrigo Arroyo is gorgeous and this hat blocked out so well which I’m sure is because of the 100% superwash merino content.  The hat is so soft and lightweight! 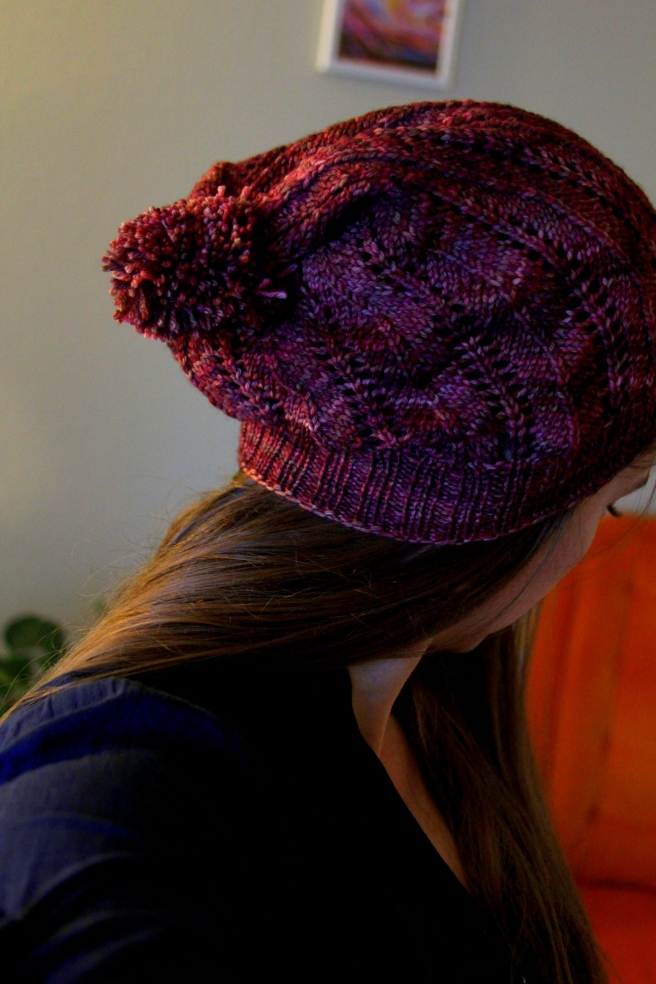 Linking up with Tami again!  Did you finish anything this week?  Do you have any fun weekend plans? 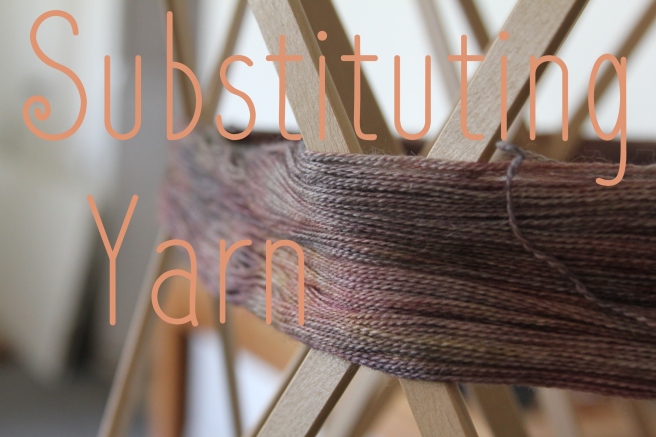 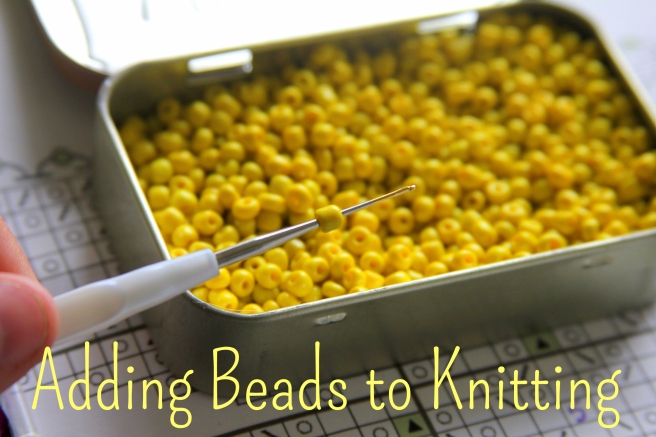